Edward Rochester endlessly searched the world for love, but after ten long years of wandering abroad he is more convinced than ever—it is an impossible quest. In a bitter, disappointed frame of mind he at last returns home to England, believing that true love will never be his. But an unexpected encounter with destiny in the shape of the remarkable young woman, Jane Eyre, upends his world. She is like no one he has ever met, and their acquaintance soon grows into friendship. He finds her full of whimsical contrasts as he recounts to her tales of his travels, even freely confessing his many faults. She listens without judgment, yet in her eyes he fancies empathy, perhaps even a longing of her own? One fateful night, Jane’s daring and courage snatch him from a horrible, burning death. In the intense intimacy of the aftermath, Edward’s feelings will be denied no longer: he is desperately in love with her. But can he resist, knowing the terrible secret of his past must keep them forever apart? For a man whose youthful surrender to a duty long forgotten forever altered the course of his life, Edward’s choice is clear: yield again to the will of others, to the man-made laws which shackle him to one woman while his body and spirit yearn for another, or defy Society, the Law—and even God—to have what he wants.

Edward Rochester: Master of Thornfeld Hall is a historical romance novel that retells the story of Jane Eyre from the point of view of Edward Rochester himself. Returning to England after ten years, dejected and disappointed, Edward finds his world upended when he meets the remarkable, whimsical, and incredibly kind Jane, who listens to him without judgment. He finds that he is in love with her, and is forced to confront the laws that shackle him to one woman, while his heart years for another. Fans of Jane Eyre and Rebecca will love this Victorian romance novel, that will make you love the classic love stories even more.

RQ Bell has written a 19th century British novel right here in the 21st century! With great respect for Charlotte Bronte’s Jane Eyre, the author has re-told that wonderful story from Mr. Rochester’s perspective. This broadens our understanding of the WHOLE story, and gives answers to some of the questions raised in Jane Eyre itself.” – Rugbymum, Amazon reviewer ★★★★★

If you loved Jane Eyre, you will love this book! I read Jane Eyre and went straight into Edward Rochester. This book does not disappoint! RQ Bell does a masterful job of telling Edward Rochester’s story–brand new, but with the elements we’re already familiar with from the original. When I got to the end, I almost felt that I’d read another novel by Charlotte Bronte. Loved, loved, loved it!” – Toddler Mom, Amazon reviewer ★★★★★

R.Q. Bell is an emerging author of historical romance and fantastic fiction, having swapped her youthful obsessions with basketball and softball for writing historical adventure and romance. Visit her online at http://www.rqbell.com/author.

Edward Rochester: The Master of Thornfeld Hall is a historical fiction book that will appeal to fans of historical romance, the Victorian era, Jane Eyre, Charlotte Bronte, retellings, social issues, dazzling heroines, terrible secrets, and heroes who must overcome the problems of society to be with the one they love.

Previous post
A Little Bit Hilarious by Kay McKay – A Romantic Comedy Novel for the Digital Age
Next post
For the Love of Moose: How One Man’s Trash Became My Treasure by Margaret Ludwig – An Inspirational Memoir About Dogs 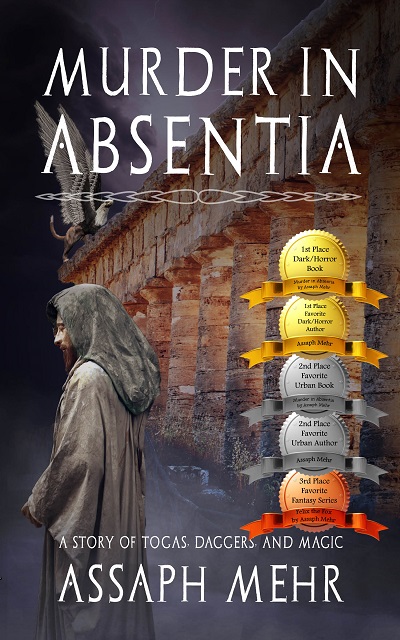 Murder In Absentia: a story of Togas, Daggers, and Magic – for lovers of Ancient Rome and Urban Fantasy 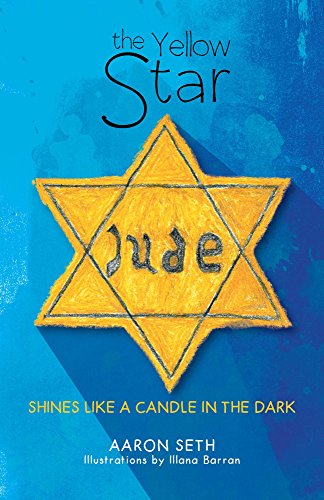 The Yellow Star: Shines Like A Candle In the Dark by Aaron Seth, Illustrated by Illana Barran – A Young Reader’s Historical Fiction Book About the Holocaust