Joan becomes involved in a war that will change her life forever. She discovers that the world holds many secrets, even magic beyond her wildest dreams. The existence of immortality drove humanity to the edge. Humans are hunting Joan’s kind to extinction. Circumstances force her to act. She wishes to put an end to the slaughter of innocent Tainted Beings. Only she has the courage to step up. How far can a hero fall before they became a villain? The road of revenge is a dangerous and slippery path. That doesn’t stop Joan from making the ultimate decision of becoming an assassin. Her true test is to prevail and not become consumed by darkness. Will she succeed or will she turn into the monster she was trying to destroy?

Everlasting Flame is a YA paranormal magic fantasy book. The story follows a girl named Joan, who becomes an assassin when the circumstances will her to, as humans are beginning to hunt her kind, the Tainted Beings, to extinction. All the while, she must struggle not to succumb to the darkness and to become the monster she wants to destroy. Fans of Daughter of Deep Silence and Throne of Glass will love this YA supernatural fantasy that will keep you reading up until late at night.

Fantastic tale of a young woman growing up in a world fraught with danger at every turn. You will experience excitement, joy and despair among a whole range of other emotions through following the journey of Joan’s battles to right the wrongs in her world.” – Amazon Customer ★★★★★

I highly recommend this book. You will go through a wide range of emotions and enjoy it. Katelyn Anderson done a wonderful job writing this story and I cannot wait for the next book in the trilogy.” – J. Mertz, Amazon reviewer ★★★★★

This story amazingly and thoroughly covers the time the main character, Joan, is 15 until she’s in her 20’s. This is the best action book with romance ever. It covers a new world with immortals, tainted or mixed mage and immortals, and a few other beings. If you love stories that are long and pull you in, this is that book!” – Rebecca Davison, Amazon reviewer ★★★★★

Katelyn Anderson was born in New Zealand. She loves watching anime and TV series, playing video games, and traveling. You can follow her on Twitter @NinjahKate.

Everlasting Flame is a YA urban fantasy novel that will appeal to fans of the paranormal, supernatural creatures, assassins, revenge, hunters, heroes and villains, dangerous paths, darkness, fights, and main characters who sacrifice their own goodness to save everything they love.

Previous post
The Buried Symbol by Jeffrey L. Kohanek – An Epic YA Magical Fantasy Book About Ancient Powers
Next post
Mandestroy – Grimdark Sword and Sorcery Fantasy About A Hardened Fighter 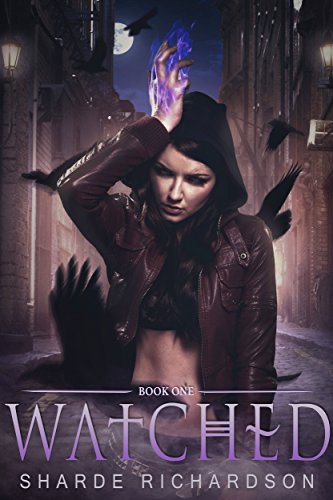 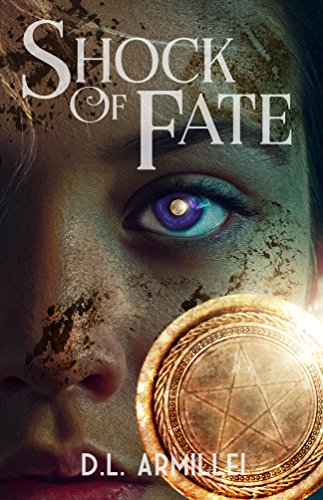 Shock of Fate by D.L. Armillei – A YA Fantasy Adventure Book