Luis Fuentes has always been sheltered from the gang violence that nearly destroyed his brothers’ lives. But that didn’t stop him from taking risks—whether he’s scaling a mountain in the Rockies or dreaming of a future as an astronaut, Luis can’t stop looking for the next thrill.

Nikki Cruz lives her life by three rules—boys lie to get their way, don’t trust a boy who says “I love you,” and never date a boy from the south side of Fairfield. Her parents may be from Mexico, but as a doctor’s daughter, she has more in common with her north-side neighbors than the Latino Blood at her school. Then she meets Luis at Alex’s wedding, and suddenly, she’s tempted to break all her rules.

Getting Nikki to take a chance on a southsider is Luis’s biggest challenge, until he finds himself targeted by Chuy Soto, the new head of the Latino Blood. When Chuy reveals a disturbing secret about Luis’s family, the youngest Fuentes finds himself questioning everything he’s ever believed to be true. Will his feelings for Nikki be enough to stop Luis from entering a dark and violent world and permanently living on the edge?

Where to start. Well, first off I didn’t like this as much as the previous two books. Perfect Chemistry by itself was honestly an original and fresh concept and it was done really well, which is why it’s become so popular. While I didn’t like Rules of Attraction as much as Perfect Chemistry, I liked this one even less. I think the main problem is that Elkeles has kind of started grasping at straws here in order to create something “different” than the first two, but at the same time keeping to the West Side Story-esk theme.

Let me be clear though that this is a good book. If I hadn’t already read the first two and known how awesome they are, I probably would’ve loved this. But, a lot of it just felt like a big repeat but written slightly different, so for that reason it was a bit of a disappointment.

I suppose I went into this one sort of hoping that Luis would be different than both Alex and Carlos. He’s seen the big fat mistakes that those two have made, and he’s “the smart one” in the family. Despite these books being about north-meets-south, I figured that he would kind of have his own personality that steps outside of the mold his brothers created in the first two books. And he did, until about a quarter of the way in. At first Luis is this smart, yet cocky guy and he was completely different than his brothers (other than being too sexy for his own good, which they all are lol). He had some personality traits of his brothers, but he was still unique. Then, way too shortly into the book, he falls right back into the typical mold and I wanted to throw this book across the room. Why? Why couldn’t he have just proven that he is smart and sexy and not a gangbanger? Why did he have to go that route? I thought it was just too predictable and frustrating.

Nikki was also my least favorite female protagonist in these books. She has gone through a lot and I can sympathize with that to a certain extent. But there were times when she started falling into the whiny heroine role, which was not fun to watch, especially considering that the inner strength of both Brittany and Kiara were what I loved most about them. In addition, I wasn’t feeling the “chemistry” between Luis and Nikki as much as the previous books. At first they did have some major chemistry and it was fun to watch, then about halfway into the book it started to feel forced and scripted between them.

With all that being said, I still think this was a good book. I’m mostly ranting because I’m comparing it so much to the first books and I suppose in a way that’s not fair to this book. It wasn’t a bad book. In fact, I really liked it. But, when I step back and look at it as part of this series, it didn’t really live up to the expectations I had for it. 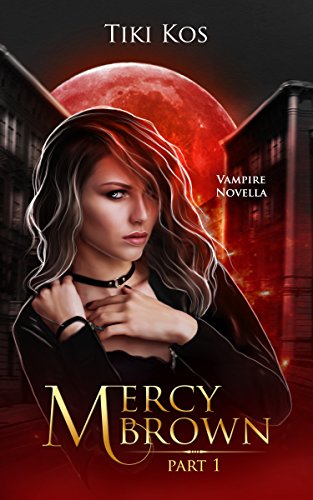